Just because we’re no longer arguing about Nintendo and Sega nowadays, doesn’t mean the console war ever actually died down. The Xbox and PlayStation fan bases have been going head-to-head for nearly two decades already. But, the war for the next generation has already had a false start. Welcome to the pre-order launches of the Xbox Series X and PlayStation 5.

Just last week, Sony announced (after long last) the pricing for the PS5. PlayStation 5 pre-orders opened up to the public and were immediately unpurchasable. Fans were disheartened at the initial batch, including invite-only options being unavailable. That initial round meant that the majority of people that tried to get their hands on one, didn’t. However, if you didn’t get your hands on them, more will likely open up multiple times before launch. But, it still stung. Read more below or just check out some cool gaming website themes here! 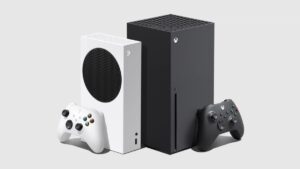 Earlier this week, Microsoft also opened up their pre-orders for the newest Xbox One X and S lines that are also set to launch this fall. Even though Microsoft explained prior that they wouldn’t have the same snafu, they absolutely did. Considering the majority of the online retailers were identical and it had only been a week since the last crisis, it was inevitable.

Which Xbox Is The Xbox That Xbox Fans Are Looking to X Unbox?

The initial round of pre-orders was plagued with issues, bots, and errors. But, additionally, there’s a possibility that a lot of people are going to wake up on Christmas Day very sad. The next Xbox is named in a way that could be confusing to those that aren’t necessarily paying attention. Considering we currently have the Xbox One X and Xbox One S systems, the Xbox Series X and Xbox Series S systems are on the way.

Wonder how many people bought an Xbox One X instead of an Xbox Series X https://t.co/atj4thPwqD pic.twitter.com/CUzRkib3Sr

Amazon showed that a lot of people accidentally bought Xbox One X systems. They got the current generation of consoles by mistake This wasn’t just a small amount, either. During the pre-order launch, Amazon showed hat the similarly-named  Xbox One X 1TB console had skyrocketed 747% in sales, making it one of their highest purchased items that day.

What can you do about the Xbox Series X?

The good news here is Prime shipping. Those people will likely be able to return the items pretty easily and quickly if they choose. The bad news is that they entirely missed the initial round of pre-orders and will have to wait for the next stack. Unfortunately, there’s still going to be quite a few parents, grandparents, and other gift-givers that will take it at face value and still give them as presents this holiday. Some additional good news is if they do decide to keep the systems. The majority of the launch games will work with the Xbox One X. Sadly, they’d need to upgrade if they want to play a portion of next year’s lineup.

Whether you’re a PS5 fan or an Xbox fan, it’s always great to make a website with flair. If you’re getting yourself an esports team set up or just getting a fan site going, there’s a great way to get gaming website templates at Skywarrior themes.