Have you ever thought about launching a crowdfunding project? You may have thought it won’t work, so you gave up. But do you have any idea how many projects were surprisingly successful in spite of their initial low-grade forecasts?

Crowdfunding has become more and more popular among people around the world. With the right idea, right strategies and the correct WordPress theme you can get your project funded in a matter of days!

Did you know that crowdfunding helped create 270,000 jobs? It circulates $65 billion in the global economy!

It sounds all really easy, but you have a lot of ideas to compete with, and not only… If someone is funding one project they cannot fund a second one. That’s how the system rolls.

So, we’ve put together a list of 5 uncommon yet successful crowdfunding to get you inspired:

The Oatmeal is an articles and comics website founded in 2009 by Matthew Inman (cartoonist). On his website you can find quizzes, articles, and comics drawn by Inman. He even published a few books such as “How to Tell if Your Cat is Plotting to Kill You”, “5 Very Good Reasons To Punch A Dolphin In The Mouth (And Other Useful Guides”, “Why Grizzly Bears Should Wear Underpants”, and more…

Basically, he started out with an impressively loyal fan base by the time he decided to launch Exploding Kittens.

Exploding Kittens is a project that started at the beginning of 2015 on Kickstarter. It was a card game for those who liked explosions, kittens, goats, and laser beams.

In a matter of hours it became the 3rd most funded project on Kickstarter, having $1 million funds in a single day! Whoa!

Danger or the Potato salad was created by Zack Danger Brown. It is still one of the most uncommon and controversial projects that got funded on Kickstarter. He started his campaign saying “Basically I’m just making potato salad.  I haven’t decided what kind yet.”

Zack presented his campaign in a very original way which rapidly drew the attention of many people. The goal was to make people laugh. He only wanted to raise $10, but he ended up getting $55,492 from 6,911 people. The most important thing to remember is that is vital how you present your campaign, sometimes even more valuable than the offer itself.

The Atlas of Beauty

As the name suggests, The Atlas of Beauty is a project about beauty. The founder of the project is Mihaela Noroc, a Romanian photographer. She believes that people can find beauty in every place.

Her project consists in taking pictures of women from around the world, whether she meets them on the streets of New York or in an African village, because she says “Beauty means diversity”. She started traveling on her own savings, but soon she ran out of financial resources. So, she started a fundraising campaign to get the funds she needed for her to travel in many countries as possible and take photos of as many possible.

Pono Music is a project that pledges to deliver a unique music listening experience; you can hear the music how the artist wanted you to. Pono is a more recent success which also started on Kickstarter. The project got to raise over $6 million in only 30 days.

The project designed by Eric Migicovsky started on Kickstarter on April 10, 2012. Back then, Pebble was the first affordable smartwatch available. The designer found some investors for his project but still he felt like he needed more. 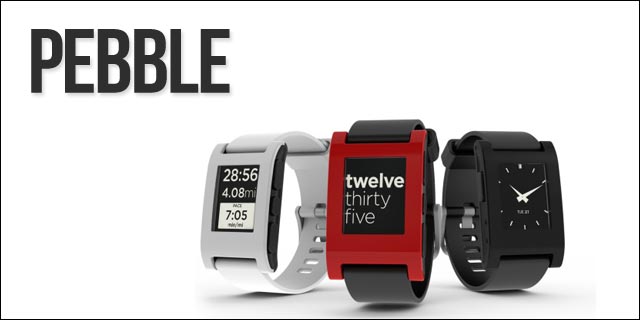 So, he started his project and in a matter of days he collected $10.3 million. He managed to present more of his products: Pebble Time Steel and Pebble Time. Both of them got really successful, and Pebble Time received $20.3 million in pre-orders!

If you want to manage a successful crowdfunding campaign you need to understand that what comes first is originality. From the beginning stages of the project to the way you present it, you must be original in all your approaches.

There are many projects that are still waiting to get funded because the competition is too intense, but still, some of them succeed in spite of all odds.

As you can see, it’s not impossible to get your project funded. The main ingredients of success are marketing and strategising. Of course, you also need your own “crib” where you can detail your project as you wish.

But to do that, you can always choose between Funding Press and Social Reach – these are the crowdfunding WordPress themes that get your site set up in minutes through the Skywarrior gaming themes team, so you can focus on raising awareness about your cause!

For wordpress gaming clan themes and more templates and plugins, click the above link!